Are All Reverse Mortgages HECMs?

Necessity is the mother of invention and the first reverse mortgage is no exception. Today many use the terms reverse mortgage and HECM or Home Equity Conversion Mortgage interchangeably. But are they the same? Not necessarily.

The first reverse mortgage was originated in 1961 by Deering Savings & Loan. Nelson Haynes who worked for the lender learned his former high school football coach had passed away and his widow was struggling to find a way to keep the home. The widow, 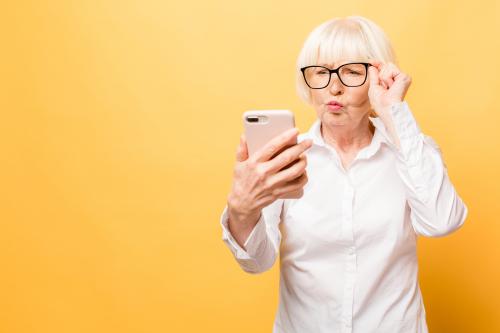 In the ensuing years, interest grew in the concept of a ‘reverse mortgage’ which allowed the homeowner to defer payments until a later time -usually upon their death. Private lenders stepped into this niche market, however some of these loans relied upon ‘equity-sharing’ schemes in addition to accrued interest on the money borrowed.

Recognizing the increasing need for older homeowners to secure their retirement with home equity Congress began exploring the concept of reverse mortgages. In 1969 the first hearing was held in the Senate Committee on Aging to discuss the government’s possible role in such a program.

It wasn’t until nearly two decades later that the Home Equity Conversion Mortgage was formalized by Congress in 1987 as part of an insurance bill. It began as a pilot program for the nation’s first federally-insured reverse mortgage then later became a permanent fixture in mortgage lending. In formalizing a government-insured and supervised loan numerous consumer protections were included.

Today many refer to the Home Equity Conversion Mortgage or HECM as a reverse mortgage - a name that stuck since payments are ‘reversed’ with the borrower not being required to make payments but instead the lender pays the homeowner. However, not all reverse mortgages are created equal. HECMs are federally-insured and have unique eligibility requirements and guarantees. Private reverse mortgages offer access to one’s home equity with no required monthly payments as well, albeit with different terms and conditions.

The good news is that while only the HECM is insured by the Federal Housing Administration (FHA) and supervised by the Department of Housing and Urban Development (HUD), private reverse mortgages are closely monitored by regulators. It is recommended that homeowners thoroughly research their options on which loan may best suit their needs. Costs, features, eligibility rules, insurance, and interest rates should be considered.

Whether it’s a HECM or a reverse mortgage, both reverse the typical mortgage and provide eligible homeowners a flexible means to tap into their home’s value.

How Does It Work?
Learn how a reverse mortgage could provide you more cash.
How It Works
What Do Family Members Need To Know?
Get informed about how everyone is affected by a reverse mortgage.
Adult Children
How Much Can You Get?
Use our free calculator that will help you see how much you could qualify for.
Loan Calculator
Is It Right For You?
Get the facts from a qualified reverse mortgage originator.
Get The Facts
go to top